David and Michèle Wizenberg are, in parallel to their professions, graduated in art history and particularly specialized in African art, this in the continuity of very old friendships with this continent. This is how they were called upon to contribute to the writing of the book 'Ndop, étoffes des cours royales et sociétés secrètes du Cameroun' by Ly Dumas. Invited by the Jean-Félicien Gacha Foundation in Cameroon for its annual meeting, they were asked to give a conference-debate with the students of the Fine Arts Institute of Foumban on the theme "From Ndop fabric to the work of art".

Why did the holding of this conference make sense for you?

Michèle Wizenberg – For my part, I wanted to take the opportunity of this meeting to talk about the state of research undertaken in one of the rock shelters located in the north-western part of Grassland, on the Bamenda plateau, where pottery shards and lithic objects painted or engraved by men of high antiquity are sometimes surprisingly close to those found later on different supports, all the more so as the main geometric motifs discovered are reminiscent of certain current plastic productions of Grassland, such as Ndop fabrics.

David Wizenberg – That amateurs who know how to see the arts of Africa are particularly rare in Europe is not surprising, given the remnants of colonial prejudices. But when one notices such a difficulty among Africans themselves, one is painfully surprised. For my part, I have made it a principle to seize every opportunity – symposiums, articles, exhibitions – to help open people’s eyes, whatever the audience. And when we have the opportunity to talk about it with students of Fine Arts who are in the same process, like those of Foumban, it is an exceptional pleasure.

Students during the conference

In your contribution, what did you consider to be the most important?

M. W – In Ly Dumas’ book, Professor Jean Paul NOTUE’s opinion is quoted as follows: « The lay eye sees only a decoration, whereas the eye of the initiate immediately deciphers the hidden meaning. Thus is posed the specificity of the often geometrical patterns appearing on the Ndop fabric. The question of the arrangement of these motifs is central. Those that appear on these fabrics may contain ritual or sacred messages, or simply be decorative, which, with the evolution of Cameroonian society, has become more widespread. However, even to the uninitiated, they give the feeling of belonging to the same community. Many civilizations have preserved the structural elements of their history for future generations. Thus, certain religions have chosen to organize relics in a state of perfect conservation, an approach which is not in contradiction with the evolution of society. The hangings of certain chieftaincies have a decorative character without the Ndop motifs, for example with the figure of the symbolic sphere of the universe, losing their meaning as a representation of royal power. The fact remains that changes in society (conflicts and wars, the role of women, the appearance of new religions, the coexistence of traditional authority with that of state representatives) lead to changes in the use of Ndop cloth.  And if important elements of this symbolism are used on other media than the cloth, it is perhaps one of the conditions for the survival of this cloth and its deployment, as well as its knowledge by the greatest number.

D. W. – Starting from the tradition of the Ndop fabric patterns and its evolution, we can perfectly open the reflection on the question of art. The utilitarian and ritual function of Ndop is seen without difficulty. Its decorative use, long disputed, is becoming more and more important in the life of Cameroon and beyond. But the time has come to go further and discern true creative works by inspired artists. Of course, as in all centuries and in all civilizations, it is in the midst of an innumerable production of objects obediently conforming to a tradition, more or less repetitive, that can emerge original pieces, even masterpieces. I had brought a few pictures for reflection: a vibrant Ndop cloth like an abstract expressionist painting, a photographic composition of a king sitting in Ndop garb amidst a dynamic play of Ndop draperies, an ancient calabash covered with a beadwork of inventive Ndop-inspired motifs, an architectural creation (the Zingana in Bafoussam) powerfully inspired by Ndop motifs… We are dealing with emotion in any work of art: in front of the impressive look of a mask or the terrifying look of another, the pride of a statue’s back or the distress of wringing hands… There are a great number of masterpieces in the arts of Africa, as long as you know how to SEE.

What was the main content of the public’s interventions?

M. W. – The main fear expressed by the students concerned the disappearance of the traditional meaning of this fabric: should we not oppose a secular, decorative or political use in order to safeguard its ritual function? The concern is quite understandable, but the debate seems to have shown that this genuine contradiction was not inevitably fatal. On the contrary, certain evolving uses in the context of events that punctuate life, or on supports other than traditional fabrics, can allow for continuity with the traditional culture of Cameroon and its history. Is it not one of the conditions of the survival of this fabric that it is brought to the knowledge of the greatest number as well as future generations, in harmony with societal developments? Cameroon will not avoid globalization and, in order to preserve the Ndop fabric, which is a structuring element of its culture and history, it can only continue to irrigate society by following the transformations that are already at work.

D. W – A question about restitutions, of course, came up very quickly, which raises the question, more broadly, of the right, in the 21st century, to have museums on the African continent like in the rest of the world. And not only to show the art of a region, but with important African works, in confrontation, in the middle of representative pieces of the whole world heritage. We mustn’t hide the fact that this requires great means and consequent international aid. It is also desirable that the arts of Africa are present in the museums of the whole world to break the prejudices on « the primitives », thing which continues to weigh in many countries.  One speaker was indignant about the enormous difference between the low prices of objects on the African market and the records reached in the big international sales, and it was necessary to remind the audience that these crazy sums are linked to the « pedigree »: most buyers are ready to pay anything for an object, even a very mediocre one, which belonged to André Breton or Helena Rubinstein, without being able to judge the artistic quality; it is the certificate that pleases them and not the work. As one gives oneself the means, the greatest projects are possible. Moreover, masterpieces without « pedigree » exist in European reserves and even in Africa, including Cameroon in small museums that nobody visits… or in private collections around you. 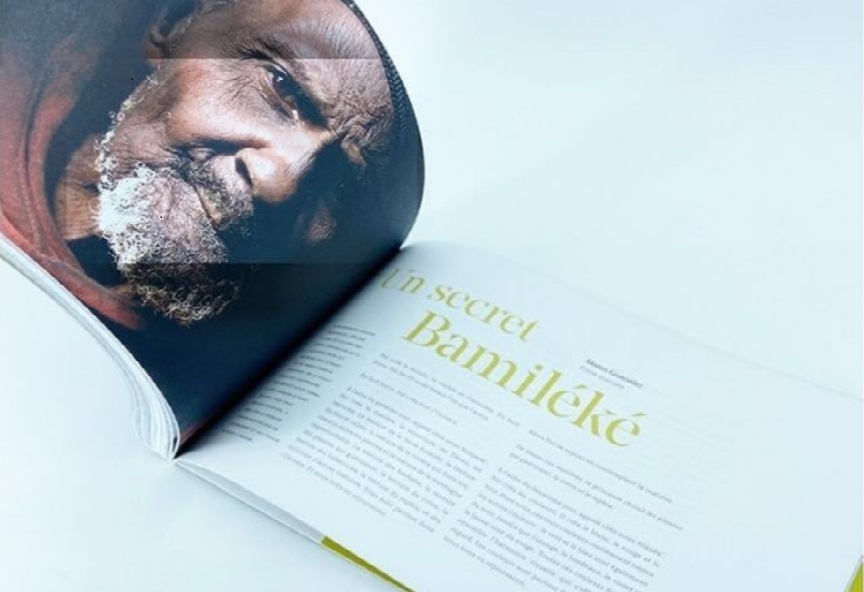 What will you benefit from this meeting?

M. W – This meeting was very interesting insofar as it raises a current and above all universal questioning. I would like, for my part, to be able to continue this debate, all the more so as the students were attentive and reactive while sometimes expressing opinions different from ours. At the end of the debate, the teachers complained that the students do not read, which suggested to us the idea of organizing donations of art books to develop and enrich a university library.

D. W – First of all we are very happy to see that, despite all the difficulties, despite the importance of the persistent primordial needs, such schools are developing in Africa. Art is a factor of opening on the world, on the life of all human beings, on our future. So, bravo!  At the end of the meeting, the teachers reminded us that it was Jean-Paul Notué’s merit to have created this institute, which reactivated our old project of organizing a colloquium in homage to this eminent specialist of African arts, who died much too soon. To be continued.